Jeremiah Dew, “JDew,” has always had a passion for performance. Whether it be on stage or on the screen, JDew thrives on audience engagement. Since getting a degree in Mass Communication in 2007, JDew has entertained over three million people at live events. 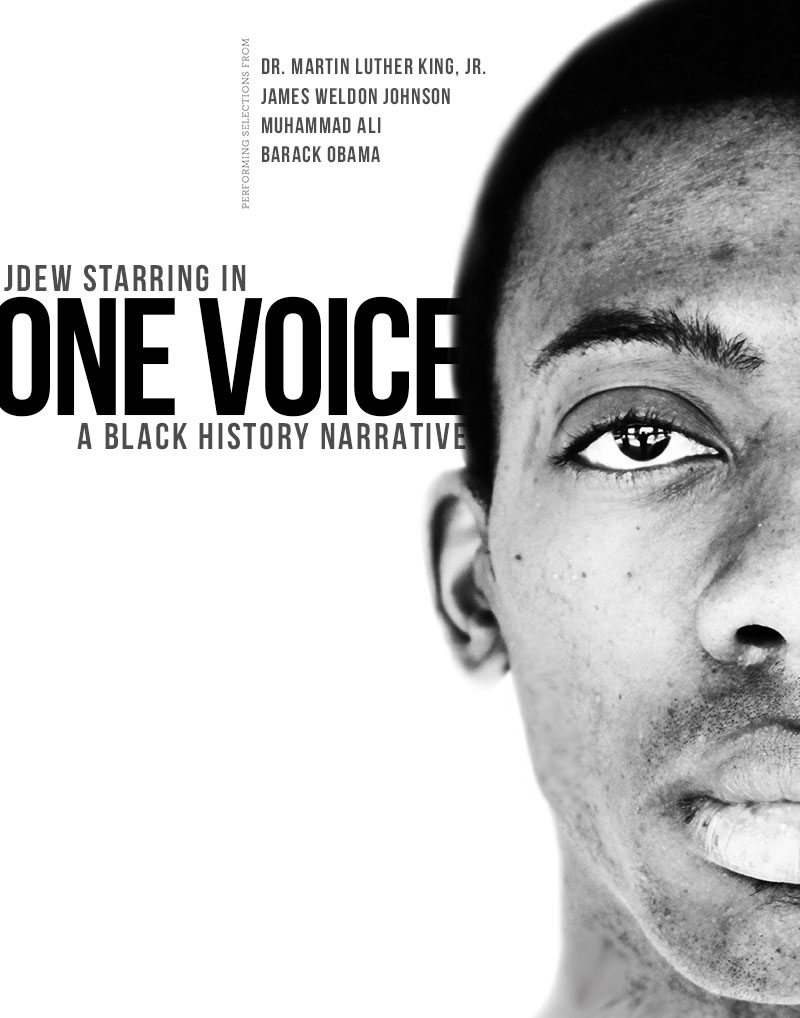 In the Upstate of South Carolina, where JDew resides, he is known to most sports fans as either the on-court hype guy for Clemson University’s men’s and women’s basketball teams, or the Director of Fun and on-field emcee for the Greenville Drive, a minor-league affiliate of the Boston Red Sox from 2007 to 2016.  In either situation, he’ll be singing with the fans, getting them to dance, and giving out prizes during every event.

JDew also has a love for theatre, and is has graced several South Carolina stages. He has appeared in several shows and galas like To Kill a Mockingbird, Dracula, The Piano Lesson, and a musical review show entitled “Motown Magic.”

After listening to Wilfred J. Walker, Sr.’s testimony, while being videographer during the interview in 2008, JDew realized that so many African American stories, legends, and triumphs weren’t being communicated to America’s younger generation.

After contemplating a “Black History” stage performance for about 18 months, “One Voice: A Black History Narrative” was born, and debuted at the Warehouse Theatre in Greenville, SC, in 2011. The show was so well received, that several local business requested to have the show come to their campuses for repeat performances for their team members.

JDew took “the show on the road,” and is excited to be able to offer performances on school campuses, corporate functions, churches, and special events and seminars.

When not performing (which is not often), JDew spends time with his wife and three children in Greenville, SC, where he lives.