Background Information for “The Way of the Cross” 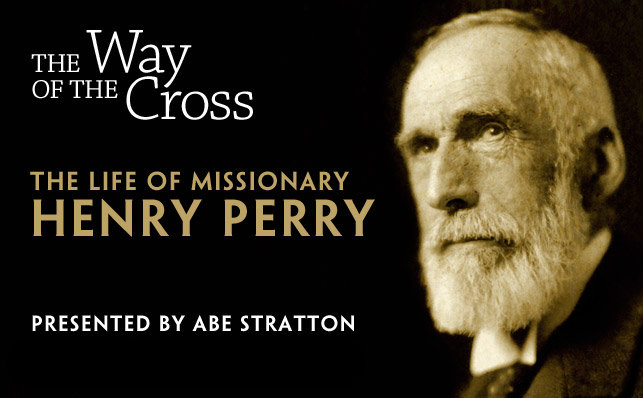 In January of 2005 I began my graduate studies in platform arts at Bob Jones University. This two-year speech program requires that the graduate student perform a solo presentation of approximately an hour’s length as the culmination of his studies.
I immediately set out to find a topic which would resonate with my own interests, impact others, and open doors for future performances. I found the perfect topic in a providential way. While scanning some missionary biographies one day, a title caught my attention. It was Against the Gates of Hell: The Life and Times of Henry Perry, a Christian Missionary in a Moslem World. The missionary’s name was unfamiliar to me, so I picked up the book and began to skim through it.
The dramatic narrative events and the authors’ attention to historic detail were fascinating to me. However, it was the personal accounts from Perry’s own diaries which gripped me and finalized my decision. A little over a year before this discovery, God had taken me through a dark valley of pain and questioning. And as I read the heartthrobs from this suffering saint, my heart echoed his cries.
Over the next year and a half, “The Way of the Cross” took shape. I wanted the presentation to be, not just a performance for my masters degree, but something which I could use repeatedly in the future to encourage God’s people. Thankfully, our good God has brought that desire to fruition, and I am thankful that the story of one of God’s great, although unknown, saints is going forth.